The survival of the Jewish people is one of the great mysteries of the human history.  More than once have kings, nations, armies, dictators and religions sought to annihilate the Jews across the centuries.  Each time, God has preserved His own.  His children walk in a toxic world, fallen from the sin of disobedience and committed to pursuing everything that is contrary to God.  His hand has been on His Chosen and it has not, nor will continue to be, easy to be His.
Why is that?  Let's return once more to Cain and Abel.  Abel was a visible reminder of what it means to be obedient to God's word.  He brought the right kind of offering.  God didn't somehow favor him over his brother; Abel took what God said seriously and acted on that knowledge.  Cain has the same instructions, but listened to his own logic and decided he knew what was best and acted accordingly.
Cain could have had two reactions to watching his brother come forward with his offering:  Yes, that's right, I need to bring an animal to offer to God.  That is what God instructed us to do.  I know these are fine grains, but God wanted a firstborn of our flock.  I don't understand why, but I will obey.
Or:  What's up with Abel?  Does he think he's better than me?  Look at that offering...we could use that sheep, not God.  God doesn't need it. Who does Abel think he is?
We sadly know which attitude he had, and how it yielded murderous results.
In fact, one of Cain's descendants, Lamech, will boast: to his family: 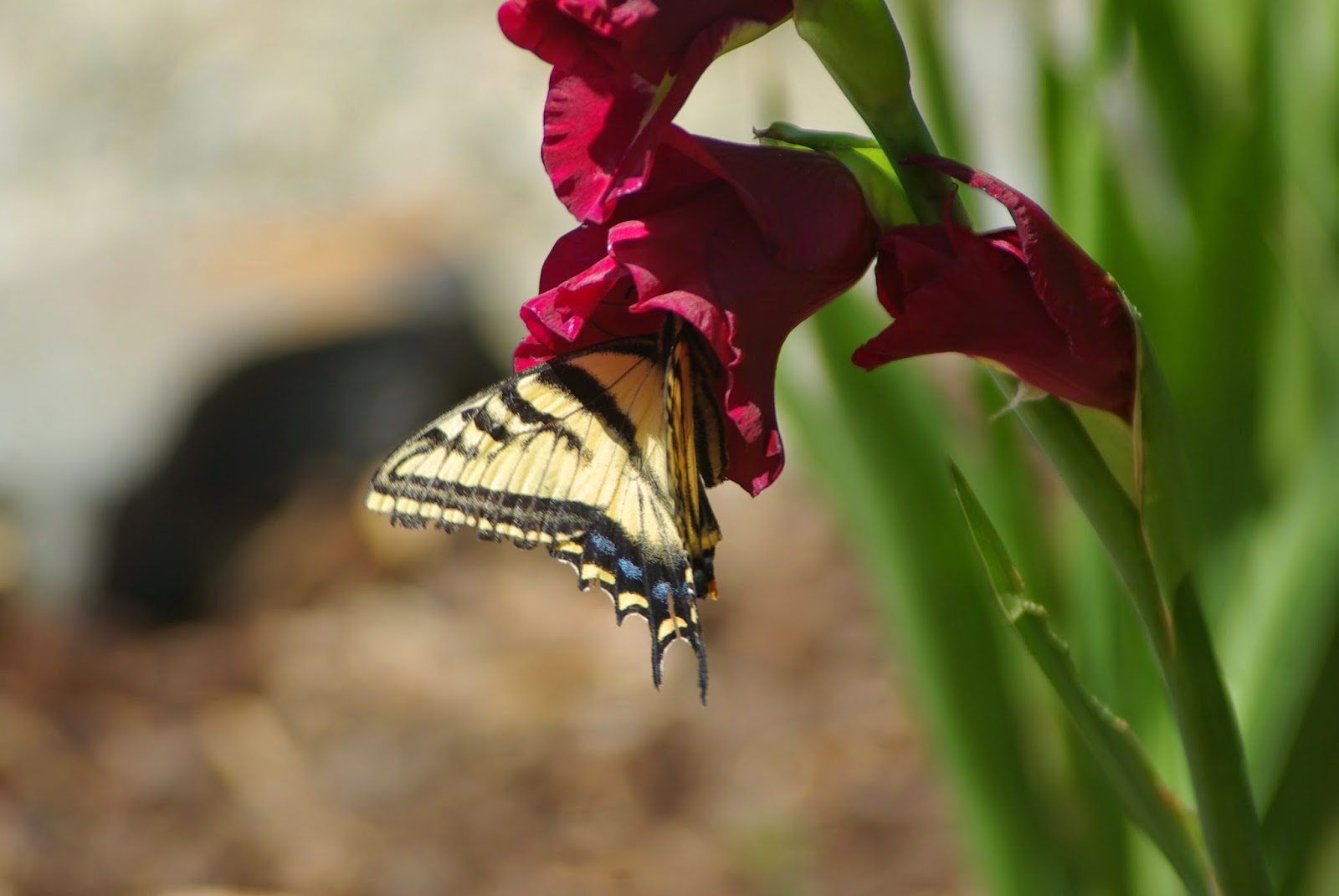 The quotations are from Ray Comfort's book, Hitler and the Bible.

Posted by sittingatthefootofthemountain at 10:24 AM No comments:

Email ThisBlogThis!Share to TwitterShare to FacebookShare to Pinterest
Labels: Good vs. Evil

Conclusion of My Question About the Holocaust

Last time, we sadly witnessed the blood-soaked ground and the lifeless body of Abel in a distant field, and heard the callous comment from Cain:  "Am I my brother's keeper?"
Isn't that the paradigm for every brutality that has been enacted since that day?  The hatred of one person/country/group for another person/country/group...waiting for the right moment and then...murder. When the guilty are confronted, no remorse is offered, just a callous excuse:  I am not responsible for what happened...I was just following orders...I was angry and the person deserved it...I was doing what I thought should be done.
Those excuses and their variations have echoed down from that blood-soaked field to this day, with millions of Cains acting with hate-filled hearts and millions of Abels dying with stunned cries on their lips.
Now:  why didn't God intervene?  Should He have warned Abel?  Should He have allowed Cain to trip and fall, smashing his head and dying, thereby keeping Abel safe?
Sadly, Cain inherited an evil nature from his father, Adam.  Cain was not the master of the sin that crouched at his door, as God had warned him earlier.  Sin now had him and would have his descendants forever.  In fact, hatred is the single most devastating manifestation of sin in human lives.  Hatred is what we use to justify our actions.  Cain hated his brother for obeying God.  Cain the, over time, felt more and more that his brother was deserving of death.  In the end, he felt justified in killing his brother.
Look at how Jesus sees anger: “You have heard that it was said to the people long ago, ‘You shall not murder, and anyone who murders will be subject to judgment.’ But I tell you that anyone who is angry with a brother or sister will be subject to judgment. Again, anyone who says to a brother or sister, ‘Raca,’ is answerable to the court. And anyone who says, ‘You fool!’ will be in danger of the fire of hell" (Matthew 5:21-22).
Do you see it, in light of what happened between Cain and Abel?  We can all agree murder is wrong, but what about the "murdering" of someone in your heart?  Most of us would never dream of walking up to someone and murdering them.  But hatred, nursed over time, dehumanizes the person, and slowly but surely, hatred's poison destroys our ability to rationally think about that person.  Anger, demeaning others with judgment and name-calling, will lead to overt action.  Jesus seems to be saying if you want to master the sin of hatred crouching at your door, then don't even allow anger to reside in your heart.
The heart is truly the heart of the matter:  look at what resides in our heart, the legacy of Adam's disobedience to the very words of God:  "And He said, 'What comes out of a man, that defiles a man. For from within, out of the heart of men, proceed evil thoughts, adulteries, fornications, murders, thefts, covetousness, wickedness, deceit, lewdness, an evil eye, blasphemy, pride, foolishness. All these evil things come from within and defile a man" (Mark 7:22-23).
Jesus warns us of what can emanate from our hearts, and did you notice that the first on the list is, "evil thoughts."
So, let's ask the question:  Why didn't God intervene in the Holocaust?  The Holocaust is the murder of Cain and Abel writ large.  Hatred, nursed over centuries, found its release in the policies of the Nazis.  God has repeatedly warned human kind in His Word the dangers of hatred.  In a sense, it is a fruit that we must not eat or the consequences will be devastating.
We blame God for letting the Holocaust happen, not too dissimilar to Adam blaming God for his disobedience.
Our First Parents listened to the logic that they would be like God, knowing good from evil.
We now listen to the logic of our hearts and sometimes we do good, but mostly, we do evil.
Sadly, the Christian Church has been a major purveyor of antisemitism.  Many Christians have claimed to love God but hated the Jews, but God's word speaks to that.  You can't love God if you hate your brother: "Whoever claims to love God yet hates a brother or sister is a liar. For whoever does not love their brother and sister, whom they have seen, cannot love God, whom they have not seen" (1 John 4:20).
God, in confronting Cain, exclaims, "What have you done?  Listen!  Your brother's blood cries out to Me from the ground" (Gen. 4:10).  God is not deaf to the cries His murdered children.  If every sparrow that falls to the ground is known by our Father, then every cry from every prison, every gutter and every gas chamber is heard.  God, surveying the long march of evil deeds throughout our history and its continuance to this day, still asks us, "What have you done?"
Let me humbly offer two ways that I see He did intervene: He sent His Son to redeem the hearts of men, to recreate them and to write His word on their hearts--our only hope is a reformed heart in His image, if we are to be our brother's keeper.  Secondly, with no guarantees of success, men hit the beaches on June 6, 1944, bring an end to the evil that was Hitler's Third Reich.  I once heard a Holocaust survivor say, "I know what the Messiah looks like.  He was black and He was white."  Those were the colors of the two GI's who opened the doors to the barracks at Buchenvald and freed this then nine-year-old boy.
We cry out to God, "What are You doing?"
He looks at us and says, "I am asking you the same question." 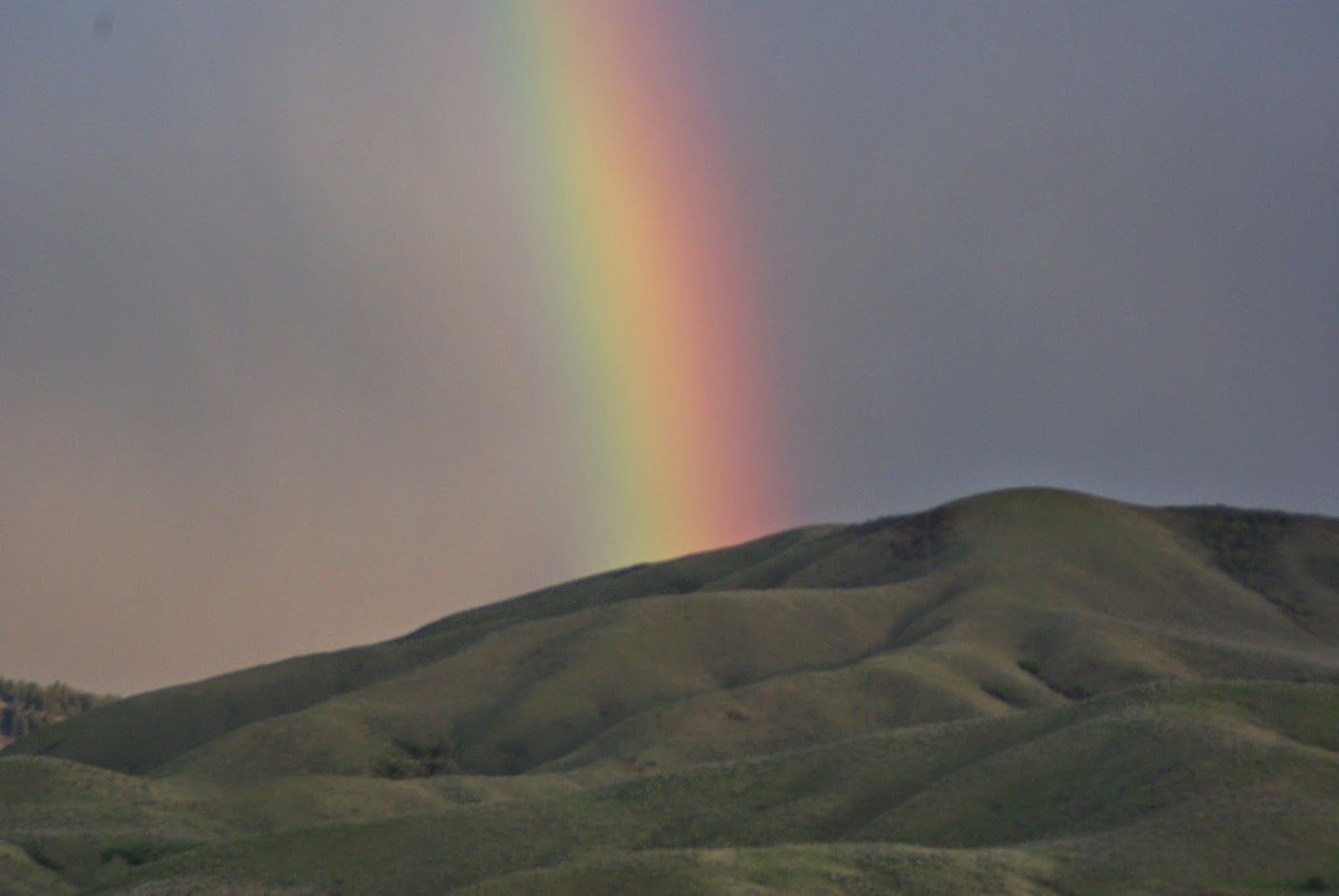 Posted by sittingatthefootofthemountain at 9:12 PM No comments: