Between Good Friday and Easter Sunday

We just passed Good Friday.  We think of Jesus carrying His cross, resolutely following His Father's will to undergo torture, pain and death to redeem us.

We have Easter before us.  A day where we proclaim, "He is risen!  He is risen indeed!"

What about Saturday?  We have no name for that.

I do.  I call it Silent Saturday.  Death is quiet.  The tomb is silent.  But it was silent beyond the tomb. It was silent in the court of God the Father.

Throughout eternity, God was in loving fellowship with His Son.  They created the world together..."Let us make man in our own image..."  They laughed at the antics of the animals swimming in the seas, and rejoiced in the song of birds.  They loved to watch the horses run across the fields and smiled at the beautiful wings of a butterfly.

Never was there a time when the Son was apart from the Father.

Except on Silent Saturday.  The Son's laughter had stopped. No smile was on His face.  No words escaped His lips.

The Father was alone.

Yes, the Son talked to His Father on the cross, anguished that He felt His Father had abandoned Him.

His last words were, "Father, into Your Hands, I commend my spirit."  Then the Son fell silent.

The Father was alone.

Perhaps you are in Good Friday, with pain that pierces you to the heart and a sense of abandonment.

Perhaps you are in Silent Saturday, alone and waiting.

But Sunday always comes...the sun rises, the Son of God rises and hope is once again the air we breathe.

Hallelujah!  The Lamb has overcome! 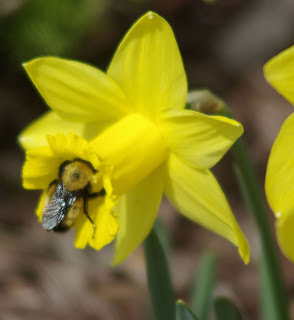 Posted by sittingatthefootofthemountain at 1:04 PM